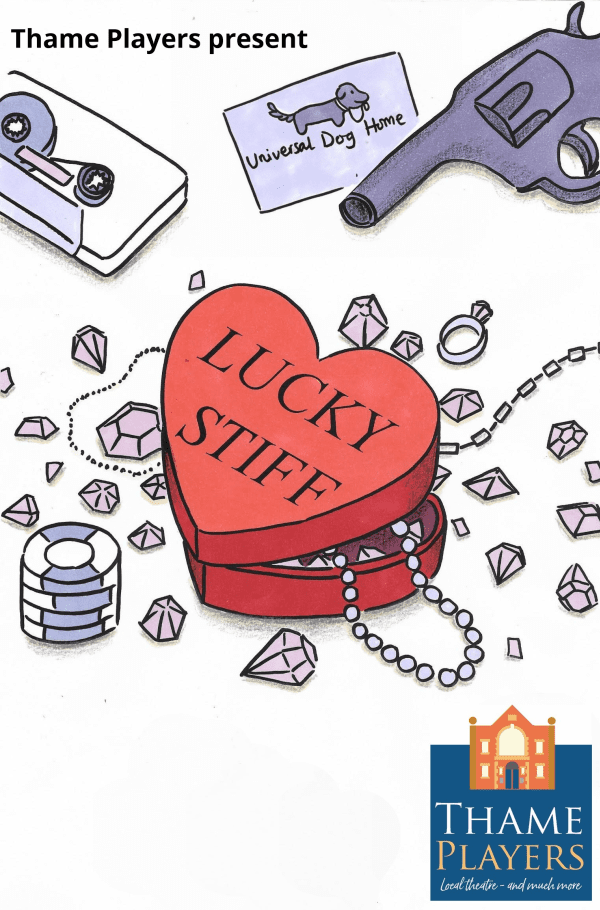 A madcap, hilarious romp of a musical that follows Harry Witherspoon’s journey from England to Monte Carlo, based on Michael Butterworth’s novel "The Man Who Broke the Bank at Monte Carlo".

Harry has inherited a fortune from Uncle Anthony, on the condition that he takes Anthony’s body to Monte Carlo. With mistaken identities, love interests, disguises, and an omnipresent corpse, Lucky Stiff is an offbeat murder mystery with a difference.
Tickets cost £8 on Tuesday and Wednesday and £10 (concessions £9) on Thursday to Saturday

LUCKY STIFF
Book and Lyrics by LYNN AHRENS
Music by STEPHEN FLAHERTY
Based on "The Man Who Broke the Bank at Monte Carlo" by Michael Butterworth
First Produced by Playwrights Horizons, Inc. Off-Broadway in 1988
A Thame Players Theatre Company production, presented by arrangement with Music Theatre International
All authorised performance materials are also supplied by MTI.  www.mtishows.co.uk

NB: Due to licencing restrictions, this show WILL NOT be streamed. The only way to see it is in the theatre.